Cryonite is by its very nature environmental friendly and hygienic. As the carbon dioxide used is a residue taken from industrial processes, Cryonite adds no carbon dioxide to the atmosphere. Carbon dioxide is non-toxic and non-allergic.

The story on Cryonite 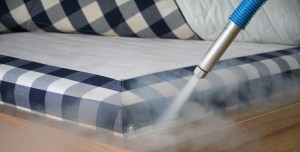 Many pest have started to become resistant to insecticides that have previously been effective and because of this the pest control industry has been struggling to find effective solutions to stopping the proliferation of bed bug infestations. Cryonite® will never lose its effectiveness against bed bugs as it is a chemical-free and non toxic. Cryonite® is a highly effective solution for the extermination of bed bugs.

Cryonite® has been shown to be extremely effective in killing German cockroaches and egg cases. These bugs just can not hide from the invasive vapor-like pressurized CO2 snow that Cryonite® makes freezing them dead instantly.

Cryonite® is CO2 (carbon dioxide) snow that is pressurized and when applied in thin layers kills bed bugs and other insects by a rapid freezing of the fluids in their cells causing instant death. When the CO2 snow hits surfaces at normal temperatures it evaporates and becomes CO2 gas. During this process energy is required and this heat energy is extracted from the immediate surroundings. If insects are part of the immediate surroundings the energy is taken from them and extreme cooling results, the water in their cells crystallizes to ice, killing the insects instantly. This crystallization occurs when the pest is cooled to -20ºC to -30ºC. The snow itself is -110º F and the target surface may hit temperatures as low as -20º to -40º F which is cold enough to kill nearly every pest. Material will only be chilled on the surface. Most materials have the ability to transport energy from their larger mass. When the pest is deep frozen, it has to stay frozen for a short while for a full kill. Cryonite® particles are optimized for reaching the pest, and clinging to it assuring an effective kill. Not only does Cryonite® kill bed bugs and other pests, but kills bed bugs and pest in all life stages including eggs that other insecticide treatments can not kill.

Commercial or Residential
No Matter What The Pest
Forget The Rest and
Call The Best!

We Accept Most Major Credit Cards